(Published in the Wall Street Journal Europe on December 12, 2011. Read the original here.)

Like motherhood and apple pie, socially responsible investment warms most people’s hearts. But during a two-year cycle trip across Africa, Swiss investment banker Klaus Tischhauser realized the SRI industry was failing in a key challenge—fighting poverty. Ten years on, the grassroots style of social investing he helped pioneer is wooing many wealthy investors

The rich are different, and not just because they have more money. Wealthy individuals often have a wider sense of responsibility toward society. Traditionally, this desire to do good is harnessed through philanthropy.

But a growing number are now turning to socially responsible investing, which marries social good with financial returns.

“These investors realize that there is no contradiction between ethical and financial performance,” says Mr. Tischhauser, co-founder and chief executive of responsAbility Social Investments, an asset manager for social investment.

In 2010, Europe’s high-net-worth individuals—usually defined as people with at least $1 million in financial assets (excluding residences and consumer durables)—dedicated €729 billion, or around 11% of their wealth, to “sustainable” investing, according to Eurosif, a Paris-based research firm. That’s an increase of 35% over the figure for 2008, even while such individuals’ total assets under management shrank during that two-year period because of the global economic crisis.

Despite the market turmoil, the wealthy have kept putting money into socially responsible investment. That is mainly because they can afford to take a long-term perspective, particularly if they have inherited wealth.

“They aim to protect assets rather than chase returns, so short-term turbulence has less of an effect,” says Anders Nordheim, Eurosif’s head of research.

The trend, Mr. Nordheim says, is here to stay. By 2013, Eurosif predicts the share of HNWI assets allocated to sustainable investing will have risen to 15% or just below €1.2 trillion.

“There has definitely been a pick-up of interest in the SRI area,” says Karina Litvack, head of governance and sustainable investment at F&C Investments, a U.K. fund manager whose SRI roots go back to the 19th century.

Clearly, one of the attractions of SRI for wealthy investors is the comfort in knowing their money is helping make the world a better place. “Part of our job is to tell our investors heart-warming stories so that they feel good,” says Mr. Tischhauser. His firm has grown to manage $1 billion in assets and offers eight SRI products, covering themes such as microfinance, fair trade and small and medium-sized enterprise financing.

But SRI also makes sense from a hard-nosed asset management perspective. Wealthy investors’ appetites for real estate and hedge funds have decreased, so they are looking to SRI to diversity their portfolios.

One of the oldest SRI indexes, the MSCI KLD 400 Social Index—an index of 400 U.S. companies that have “positive environmental, social and governance characteristics,” has slightly beaten the MSCI USA index over the past decade. However, with gains of just 1.15% and 1.01% respectively, investors would have made more leaving their money in the bank.

In the past decade, the SRI industry has grown considerably and widened its appeal to attract retail investors. In the U.K., £11.3 billion is now invested in green and ethical retail funds, compared with just £4 billion in 2001, according to Eiris, a U.K.-based research house.

The “do no evil” origins of SRI have given way to a variety of investment approaches that embrace issues such as sustainable business practices, stakeholder relations, climate change and corporate governance.

The proliferation of criteria lets fund managers tailor products to a particular theme.

But the fine print of how an SRI fund invests goes unread by most investors, who often have only a vague idea of what “ethical” or “sustainable” mean.

“It can be hard to get the issue of sustainability across to retail investors,” says Ms. Litvack of F&C.

According to a recent Eiris survey, 60% of French retail investors attach some importance to environmental, social or ethical criteria. But only 8% know precisely what SRI means. Unlike retail investors, however, high-net-worth individuals usually have quite specific ideas of how they want their money to be used to do good.

They are thus less attracted by the broad-brush approach of mainstream “ethical” funds that target a spread of SRI issues. Instead, they are more likely to use smaller specialist vehicles that invest away from the main markets and focus on one particular theme.

There are clear parallels with philanthropy, where wealthy individuals create foundations or favor charities with a particular focus. But the two ways of helping shouldn’t be confused. “SRI is not seen by HNWIs as an alternative to giving but as complement to their philanthropic activities,” says Mr. Nordheim of Eurosif. For Mr Tischhauser, the touchstone issue was global poverty. After coming back from his African trip, he set up responsAbility Social Investments in 2003 and pioneered a style of grassroots investing that has come to be called “impact investing.”

Impact investors are often—but not always—prepared to sacrifice some financial returns to help boost the social impact of their investments. According to Eurosif, impact investing is attracting significant interest from HNWIs, though it remains a relatively niche area.

Last year, responsAbility closed a $15 million venture-capital fund that invests in small companies developing innovative solutions that could make a big difference to poor people’s lives. A typical holding is Silicon Valley-based Driptech, which has developed a novel drip irrigation system for poor farmers in India and China.

The typical investment is $500,000 to $2 million. Because of the small deal size, Mr Tischhauser says these deals are uneconomic for mainstream venture-capital funds. ResponsAbility steps in to fill the gap and promises its investors a relatively modest return of around 5% a year.

“Our impact investors are mostly wealthy individuals who are fascinated with development issues and do not need to maximize financial returns,” he says. But the social returns can be immeasurable if any of the portfolio companies can make an impact on poverty. 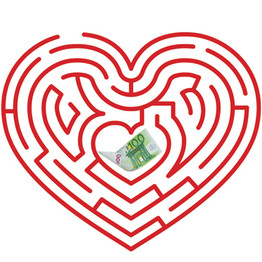 But after excluding the more obvious bêtes noires, the discussion quickly gets complicated.

Every fund with “ethical,” “sustainable” or “responsible” in its name contains a hornet’s nest of value judgments, compromises and—inevitably—contradictions.

For example, Germany’s RWE  utility is investing heavily in solar and wind power. That’s a big plus on any ESG score-sheet. But it also wants to extend the life of its coal-fired plants.

That’s a minus. And it wants to build new nuclear plants in the U.K. For some, that’s a plus as it reduces the U.K.’s carbon footprint, while for others it’s minus as nuclear power is, or was, “bad.”

The FTSE4Good, one of the best-known SRI indexes, originally excluded five industries: nuclear power, tobacco, weapons, infant formula and uranium mining. But at its last revision in 2010, all but the tobacco and arms industries got clean bills of health. On the other hand, BP  was ejected from the FTSE4 Good UK index for the Gulf of Mexico oil spill.

In 2007, F&C, the U.K. investment firm, moved the goal posts for its ethical funds to include financial firms because “certain financial sector companies do make a positive contribution to society.”

If you are Google,  it is relatively easy to “do no evil”. But even whiter-than-white Apple  has been found wanting in the labor standards of its suppliers.

For many ethical funds, resource companies will always be beyond the pale. Yet minerals such as coltan, mined in the war-ravaged Democratic Republic of Congo, find their way into every cellphone, including Apple’s and Google’s.

When Precimed, a Swiss medical devices company, was acquired for $125m in 2008 it marked a crossroads in the life of John Ayliffe, its chief executive and co-founder.

He could have started another company or opted for a life of leisure, but this British expat took the less trodden road and used some of his new-found wealth to finance self-help projects for the poorest of the world’s poor.

Microcredit has improved millions of lives in recent decades and has grown in importance as an investment theme for wealthy individuals who want to do good, but are concerned about the shortcomings of charitable giving.

“When we sold the business, I decided to get involved in humanitarian efforts but I wanted to avoid the ‘charity trap’ as it makes people dependent on aid,” says Mr Ayliffe.

His Swiss-domiciled 1to4 Foundation uses the assets of wealthy Swiss investors to borrow funds at commercial rates. Microfinance institutions in developing countries then use these funds to make microloans. Each 1 million Swiss francs ($1.09 million) guaranteed by a 1to4 investor helps around 15,000 people.

The microfinance industry has evolved considerably since the 1970s, when Grameen Bank pioneered microloans in Bangladesh. Today, there are more than 3,000 microfinance institutions serving more than 150 million customers in over 100 countries.

The non-profit roots have given way to a more commercial focus, and criticisms that the industry has grown too fast and lost sight of its original aims by putting profits first.

A spate of suicides last year in the Indian state of Andhra Pradesh were blamed on over-aggressive lending and collection practices by local microfinance institutions.

“The growth of some microfinance institutions has been forced, which led them to lower their credit requirements,” says Marilou van Golstein Brouwers, managing director of Triodos Investment Management, a Dutch pioneer in microfinance investment.

She says, however, the growing pains of the microfinance sector are manageable.